Woodland Christian Church marks its beginnings with the devoted and courageous work of Black Christians.  In 1915, Elder Ben Conway tried to establish a Christian Church but was unable to continue due to a serious illness.  In August 1918, Elder J.W. Evans was asked by the Ohio State Commission in Dayton to organize Black members of the Christian Church into a viable congregation.

Shortly thereafter, seven determined members met in the home of Mrs. Carrie Coles, who resided at 1467 Granville Street.  Several weeks later, the devoted group held services in a storeroom in the Scott Building on Mt. Vernon Avenue.  By 1922, the members had grown and found a chapel at 154 N. Ohio Avenue to hold worship services.  During this time, two lots were purchased on Ohio Avenue with the purpose of building a new Christian Church on the premises.

In 1926, the two lots were sold and a church building was purchased at 243-245 N. Monroe Avenue for the amount of $13,500.  This church became known as Monroe Christian Church.  The dedicated church leaders at that time were: J.F. Burrell, C.H. Bush, Mrs. Carrie Coles, Mrs. Clara Cardwell, and L.C. Hairston.

The ministers who served during that era were Pastors C.W. Arnold, George C. Campbell, James Conway, H.A. Cowans, C.E. Craggett, I.H. Moore, Harry Smith, and I.H. Thompson.  The hard-working and devoted congregation was also instrumental in the success and growth of the early Christian Church in Columbus. 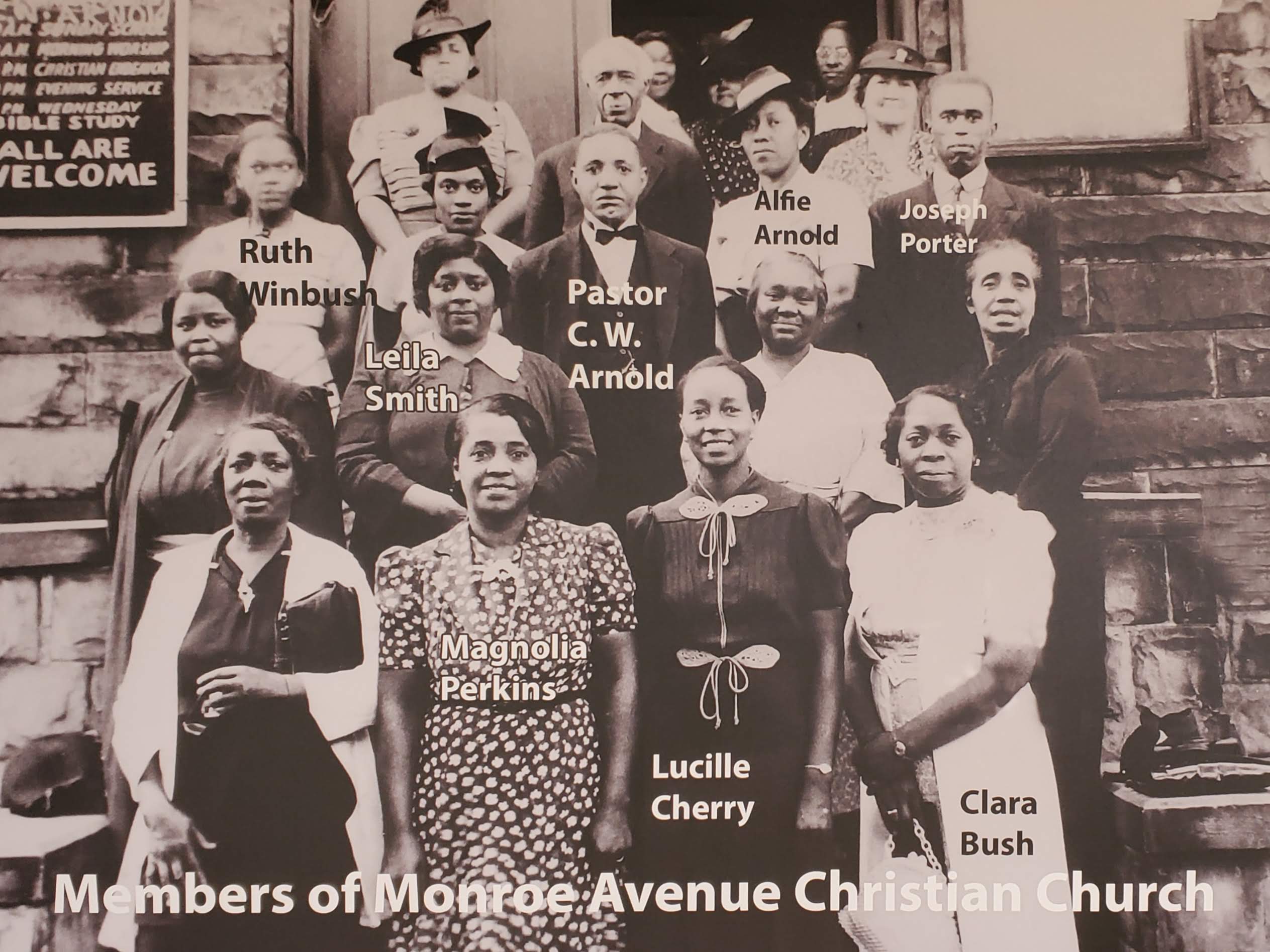 1944 ushered in a new era with the installation of Elder L.L. Dickerson as Pastor of Monroe Christian Church.  Under his outstanding leadership, membership increased from 65 to 350 strong. With the help of the faithful and dedicated parishioners, Monroe Christian Church was able to purchase a parsonage for the pastor and his family at 93 N. Ohio Avenue, and was immediately drawn into a fight against Restrictive Covenants.

Restrictive Covenants were legal documents that were used to keep Black from purchasing land and residing in predominantly White neighborhoods.  This was a common practice in the United States in the 1940s and 1950s.  This turned into a four-year long battle that went all the way to the United States Supreme Court.  This court action resulted in a landmark decision in favor of Rev. L.L. Dickerson and the Monroe Christian Church.

Property at 143-53 Woodland Avenue was purchased under the leadership of Rev. L.L. Dickerson. Elder H.L. Kimbrough’s and Deacon Richard Kimbrough’s construction company was contracted to build the new church.  The cornerstone of the church’s current house of worship was laid in 1959, and Woodland Christian Church opened for worship in the spring of 1960.  The congregation had the blessed distinction to host the National Christian Missionary Convention, which is currently the National Convocation of the Christian Church, in the summer of 1960.  Woodland was used to host various community meetings and activities.

Reverend Dickerson participated in a variety of church and community affairs.  He served as president of many organizations, including the Interdenominational Ministerial Alliance, Christian Ministers Association, and the Columbus Branch of the NAACP.  The church also purchased a lifetime membership in the organization.  In May 1960, Dickerson was named president-elect of the Ohio Society of Christian Churches.

After the retirement of Rev. Dickerson, Woodland was blessed to call Rev. Ozark Range to minister the church in 1963.  Women became elders under Range’s pastorship.  Florine Hunt, Luzetta Moss and Mattie Redd were Woodland’s first female elders.  A house that originally sat on the church’s south parking lot was purchased and used as rental property.  The Disciple Men’s Backyard Barbecue, which we enjoy today, began while Rev. Range was pastor.  The men also hosted a picnic and fish fry near the Scioto River.  Range was a member of the International Ministerial Alliance. Rev. Range left Woodland in early 1977 to become the Director of Black Ministry in the Disciple Church’s National Office in Indianapolis, Indiana.

Pastor A.T. Miller became the leader of Woodland’s flock in October of 1977.  Woodland completed several major projects and activities during Miller’s 23-year tenure.  The 12 Tribes program was implemented to cancel the church’s mortgage.  The Lord blessed the church to burn the mortgage in 1982, which was before the due date.  A three-day mortgage burning and homecoming celebration was held to mark the occasion.  The activities included a pig roast, and guest churches and their pastors and choirs were on hand to celebrate.  Emmett Dickerson, former executive secretary of the National Christian Missionary Convention, was the keynote speaker for the mortgage burning.

Several capital improvement campaigns were implemented to improve the church’s property while Miller was pastor.  The Fellowship Hall and kitchen were renovated.  A storage room was refurbished and turned into a nursery.  A new parking lot was established in place of the house that sat on the south parking lot.  In 1999, the church was blessed to pave both parking lots.  A handicapped restroom was constructed on the church’s main floor.

Active community involvement is another description of Miller’s pastoral leadership at Woodland.  He was a member of the local Metropolitan Church Board, the Ohio State University Campus Ministry, and was President of the Interdenominational Ministerial Alliance.  Pastor Miller was instrumental in Woodland hosting the first Black Christian Church of Ohio Pastor’s Conference.

After Pastor Miller went home to be with the Lord in 2001, a pulpit committee was assembled and a new pastor was called in 2002.  We are blessed to have Dr. Eric H. Brown as our leader. He began his tenure on July 28, 2002.  He is married to the former Charlesia Byrd, and has two adult children.  Pastor Brown, a dynamic and committed individual, has led Woodland to establish a vision and a mission statement, which focus on building God’s Kingdom.

Under Pastor Brown’s leadership, an afternoon Bible study class was implemented, in addition to Woodland’s evening Bible study class.  Three ministry teams were formed: the Evangelism Team, the Stewardship Team, and the Political Action Team.  These three teams are open to all members of Woodland, and they work very hard for the Lord.  In 2011, two new ministry teams were organized – the Membership Team and the Church Life Team.

In 2016, Woodland decided to enter into a transformation process to help us in an intentional way become the church God wants us to be.   Woodland is currently involved in a capital campaign to raise funds for a new addition to the building. Since 2018, God has led four ordained clergy to join our congregation, including our Associate Pastor Dr. Betty Green. These ministers along with Pastor Brown now comprise the Pastoral Leadership Team. The Pastoral Team led the congregation in crafting our current vision and mission statements as well as Woodland’s core values.

We are still in transformation. God is making us new day by day.  Great things continue to happen at Woodland.  To God be the glory!! 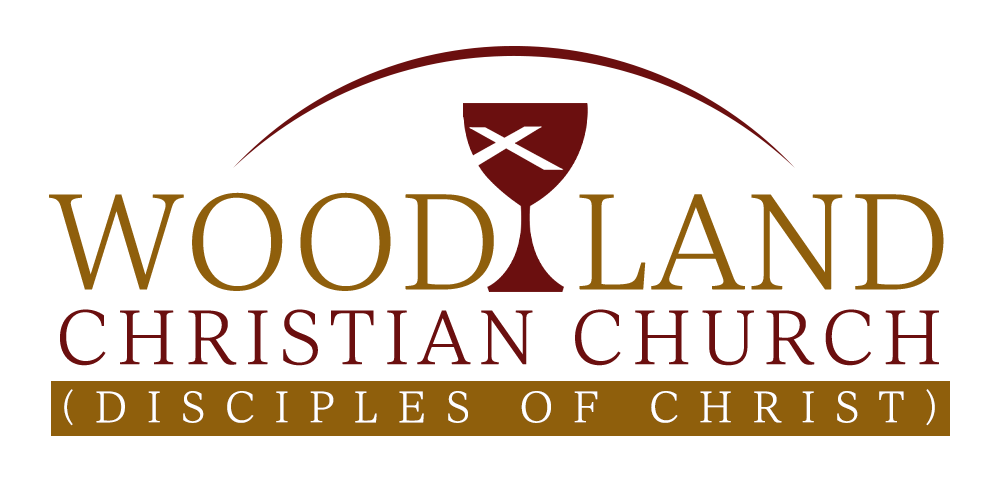